Dave and Lekan turned the police cell to a ‘Paul and Silas phase 2′ location. At night, they prayed and sang praises to God aloud. Surprisingly, the police officers didn’t stop them. In fact, they behaved better towards the duo. Two others joined them in the cell and they won three converts from other cells who also began to pray in their respective cells.

“It’s been more than two days since my encounter with Abba”, Dave thought with a smile on his face. “I’ve not been recalled to Replacement 101.” Every night, he had dreams of Abba telling him what was going to happen and how he should react. The previous night, Dave dreamt of Lekan’s release.

“Oh! I forgot to tell him”, Dave thought as he tapped Lekan who was dozing off a little. Their prayer vigil had ended by 2:30am the previous night.

“Ye…. yeah?” Lekan answered groggily and rubbed his eyes “What is it Dave?”

“I have something to tell you”, Dave replied excitedly.

“I dreamt last night that you are going to be released today.”

Lekan jumped up at the speed of light and moved to the front of the cell.

“Come out!” The officer shouted. “You don free.”

Dave stood up and grinned. Lekan ran back to hug him and the other cellmates. Then, he went back to Dave.

“See you outside brother. When you are out, come to the Good Life Church, Asokoro. You’ll see me there”, Lekan smiled. Dave nodded and hugged him again. “Stay blessed my brother.” The police officer opened the cell gate and Lekan stepped outside toward freedom. He looked back once and waved.

The next morning, Dave felt a bit apprehensive. He had no idea what the problem was so he decided to launch into prayer. He saw Damian in a flash vision with a noose around his neck. Dave prayed for his deliverance till he felt a release in his spirit.

Later, he was going through the Bible Lekan left behind. He was stuck at Hebrews 11. He had been studying faith for the past five hours. He kept checking out references and returning to the chapters. He was on verse 23 when an officer came to the cell and called for him.

Abba had not told him he was going to be freed today.

He dropped the Bible and moved towards the gate.

The officer opened and he quietly stepped out.

“Greet your people na”, the officer smiled. “You no go come back here o.”

Dave relaxed and smiled. He waved at the other cellmates and encouraged them to continue with God. Then, he turned and followed the officer down the hallway.

“What happened?” he asked.

Dave stepped into the interrogation room and was surprised at the scene that greeted him. He saw a battered Damian sitted at the far end of a table averting his eyes. Two other men were sitted with him and they were in the same condition physically – swollen eyes and lips, reddish spots and bruises on their faces, arms and backs. They were dressed in only singlets and boxers.

He looked at the other side and noticed three police officers standing with Neil. Neil smiled and came towards him. “Boss.”

“Neil”, Dave whispered happily and shook his hands. “How are you?”

“I’m fine boss. Sorry, it took us so long boss but, we got to the bottom of everything.”

“I’d like to hear all”, Dave said as he stared at Damian.

“Mr. Daniels”, one of the police officers called. ‘Please sit.”

Dave sat and listened to the police officers as they recounted what had really happened. Apparently, Damian had wanted to make more cash for himself. He had entered a drug deal with the other guys. They were to distribute drugs at the club during the Touchdown and cash out big. Unknown to them, the police officers had been on the tail of one of the guys for a very long time. They had trailed him and he led them straight to the venue for distribution – Dave’s office.

“What about the girl?” Dave interjected. “The dead girl.”

“She was the reason we ran off”, Damian spluttered. He was clearly in pain.

“Dictator here,” he began, gesturing to one of the two guys who sat with him “…brought his girlfriend. She wanted to test the product. He told her it was strong and that she should take it slow. She didn’t listen. While we were still deliberating and all, she started behaving funny, taking off her clothes…”

Damian paused to catch his breath.

He received a sound slap at the back of his head from one of the police officers.

“And what you idiot?”

“…and … and we looked and saw she had finished two packets of the product. We were trying to hold her still when she slumped”, Damian finished.

“Oh my God!” Dave held his head with his hands. “Why Damian? Why? Why so greedy? And why my office in the first place?”

“N…nothing. We just wanted somewhere quiet. Some guys were in my office.” Damian replied. “Sorry Dave.”

“Sorry?” Neil gritted through his teeth. “Boss has had to spend more than a week in here because of your foolishness and all you have to say is sorry? Damn.”

“It’s alright Neil”, Dave cautioned. He remembered his encounter with Abba. He would never trade that for anything. If he had to be roped into a crime just to become saved, he would do it over and over again. He could bear no grudges.

Dave stood up. “I forgive you Damian.”

Everyone looked up at him, surprise written on their faces.

“And you too”, Dave turned to the other two guys. “Jesus loves you all. I love you too. I pray God uses this situation to change your life as He did mine.”

“Boss… are you alright?” Neil stood and approached him.

They walked out of the interrogation room. Dave was given his clothes, phone, car keys and all personal items. All he just wanted to do was to go home, have a warm bath and sleep in his own bed. He planned to dismiss Neil as soon as they got outside the station. He was certain his car would be inside the station’s premises.

As Dave walked towards the outer part of the station dressed with Neil walking beside him, he heard loud voices.

“David? No David Achane for this station madam!”

Dave turned towards the direction of the counter and froze. A small group was at the counter arguing with the police officers stationed there. The little girl among them turned and as soon as she saw him, her eyes grew wide.

“Brother David!” She screamed and ran to meet him. Dave stooped and picked her up. “Divine!” He cried.

He looked up and saw the rest of the group approach slowly.

And another lady he didn’t recognize.

His family! They came for him!

Dave dropped Divine on the ground slowly and released her hand. Then, he went on his knees before them, with tears in his eyes.

Daniella moved to him and hugged him as she knelt too. His parents came closer and with tears of joy in everyone’s eyes with enough hugs to go round, the Achane family was reunited.

Dave’s heart was so full he felt he was going to burst. He had been thinking he would leave the police cell and return to his solitary lifestyle – he never knew Abba had something better in store for him.

He had abandoned them half a decade ago. He had run away. But, they never gave up on him. They came searching even when he was lost. Dave smiled and relaxed on the bed. His bed.

When they left the police cell that day, his parents drove at the front with Divine while Neil drove himself and Daniella. After about six hours on the road, they arrived in Makurdi, Benue State and they got home barely half an hour later, Dave had his prayers answered. He had a warm bath, ate some food and slept off. His family had allowed him rest to his fill.

When he woke up seven hours later, he met them watching TV and throwing bants, he joined instantly. Looking at them then, no one would know how they had been separated for a while or that one had gone astray. Dave could not be more thankful to Abba for such a wonderful family.

They were all surprised when Dave suggested they pray before retiring for the night but they hid their shock well. They all prayed and went to bed immediately after the family devotion.

The next morning, Dave began his tale. He recounted his state prior to July 1st, 2015. He told them of the incident at the club and how he had panicked and run away. Dave went on to narrate what had happened in the past five years. He elaborated on the Touchdown party and the night of his arrest.

The, he came to the grand finale – his encounter with Abba.

“Jesus!” Mrs. Achane exclaimed when he was done with his story. Daniella was awe struck. Her jaw dropped and it took a few minutes to regain herself. Then, she asked, “You mean you were in your house for three weeks with …. with God?”

“Three weeks”, Dave confirmed. “And then, I woke up later in the police cell to discover I had been unconscious for three days.”

“Jesus!” his mother interjected again and hugged herself tightly.

Pastor Daniel stared at his son for a while. “Hmmm”, he breathed deeply. “Truthfully, if anyone else was telling me this, I’d have disbelieved. But, seeing the drastic change in you, I’m not sure anyone can dispute that encounter. Son, God found you.”

“Yes, He did”, Dave whispered quietly, his eyes fixed on a spot on the floor. “And I’ll forever be grateful.”

Hannah Enyawuile is an attorney and astute scholar. She is also the Chief Editor at PANN Editorials, a virtual firm for professional book editing. Hannah has a passion for writing godly fictional stories. She also loves teaching and travelling. 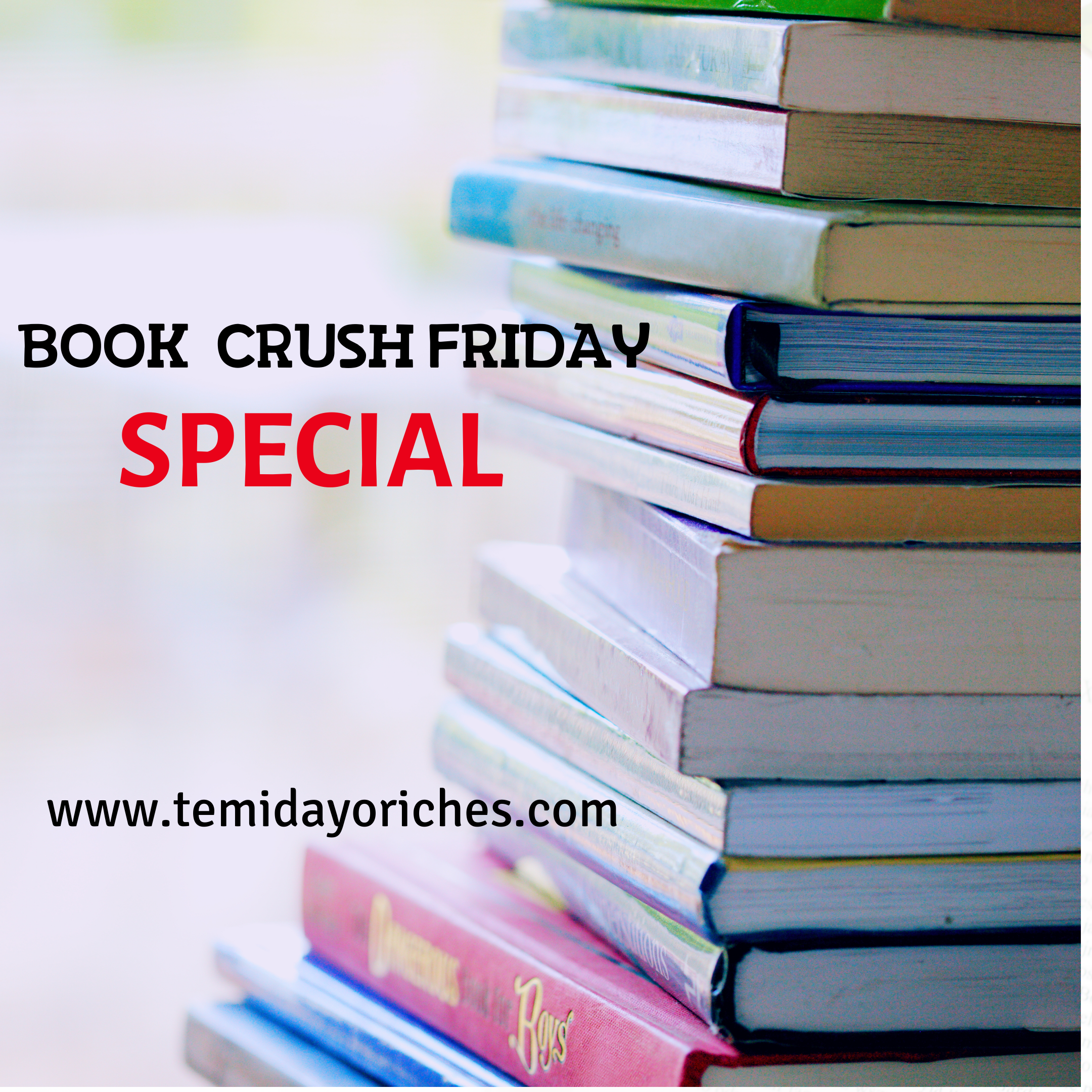 I am Bolanle Temidayo Ogunleye, a Lawyer, a Christian Blogger and an author of two Amazon bestsellers- Love Beyond Words and Priceless. Some of my readers know me by my pen name-TemidayoRiches. I love writing. My writings will inspire you towards a closer walk with God. Stay glued as I inspire you to live your best life. Thank you!